Sixty. Second. Showers. That was my challenge for the month of May. I skipped a few days for a little staycation we had, but for the vast majority of the month, I stuck to it. Why would I even want to do this one? Well, guess I was just curious. Curious if it’d make my days more efficient. Curious if a short shower would be more invigorating than a long one. Curious if I could even do it. For as long as I’ve taken showers, I’ve taken them long. Always done a lot of thinking in there. Found a lot of ideas. Batman has his Bat Cave, Superman has his Fortress of Solitude, I have a phonebooth-sized shower stall that I can’t fully raise my arms in. Doesn’t stop me from standing in there until my back is as hot as the surface of the Sun though.

Unsurprisingly, on my first day I couldn’t believe it when my 60 seconds ran up and I had to cut the water. Also couldn’t help but laugh at how ridiculous it all was. It’s absolute mania. I’m talking a full-body cardiovascular workout for a sustained 60 seconds. It’s the only way to get the job done in that amount of time. Definitely a little tougher and a lot more comedic than I thought it’d be. Even after a week straight of it, still had doubts I’d be able to keep it up. Like most things though, you get used to it. Even had some days where it felt like I only had a second or two left on my timer, but in reality I had over a full 30 seconds left when I glanced at my watch. Lucky me. Things always get easier the more you do them, for better or for worse.

In the end, it was a unique and kind of fun experience, but not one I’m making a habit of. I did end up with a little more time on my hands than I’d usually have, so on that front I did feel more productive. Thing is, that benefit isn’t worth close to the cost of losing that decompression and introspection which typically goes on when I’m in a hot shower. Nice to know I can pull it off when I need to, but there’s honestly few things that beat turning the shower knob to the molten-lava angle and having a good think. Above all else, the challenge has been a reminder that many of the things I think I need, are really just luxuries. I’ve known this, but often forget it. One thing for certain is, if you’re ever looking for a good laugh, try taking a 60 second shower. 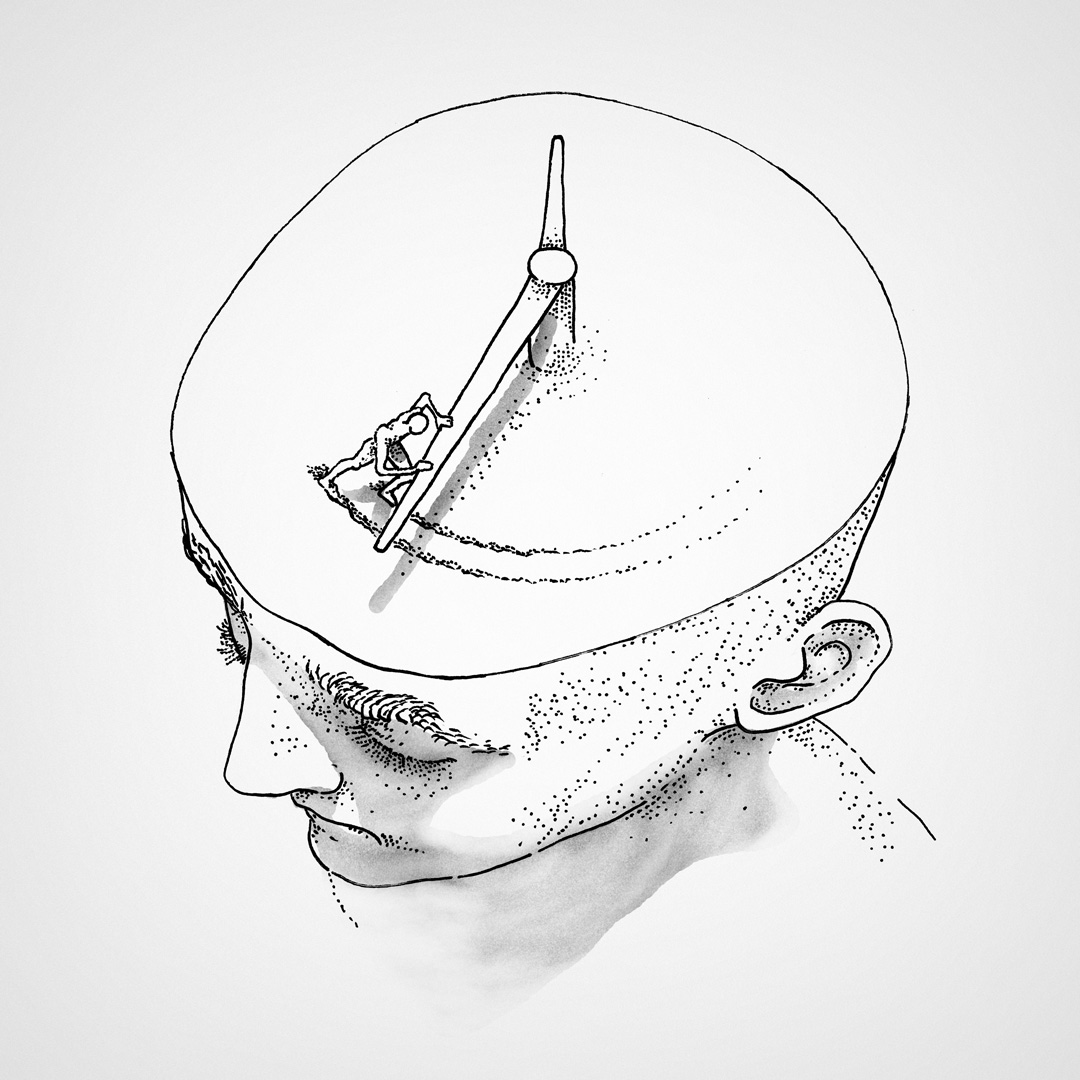 I don’t typically have a problem with mindless phone scrolling at night. By day’s end I’m tired and ready for sleep. The morning can be another story though. I’m awake by 7am somedays, but sometimes not “up” for another hour or even more. Usually because I’m mindlessly scrolling through my phone. News, stocks, social media, wikipedia rabbit holes, whatever. Even though this doesn’t happen all the time, I don’t want it to happen at all. It’s not how I want to spend what time I have, so I decided for all for February to make a hard rule to not touch my phone in bed. Morning or night. Unsurprisingly, it was a great idea.

Alexis is usually still sound asleep when my watch silently buzzes on my wrist at 7:30am, and I open my eyes. It’s here where I would usually reach for my phone and scroll from anywhere between 5 minutes to an hour and a half. But now that I couldn’t do that, I really only had two options, go back to sleep, or get up and get going. I almost always got going. I don’t start work till 10am, and working remotely means no commute, so everyday I had a good chunk of time to do the things I wanted to do, just for me. Man, does that always feel good. Doing what you want to do, before the day has any opportunity to dictate what you have to do. I’ve known this, and that’s why I like waking up early nowadays. Sticking to this hard rule for the month helped me protect some of my most valuable time by making sure it wasn’t being siphoned off by my thumb and my phone.

There was a small downside. I really only read the news at night or the morning, and usually in bed. So cutting that out maybe meant being a little less informed at any given moment. Though, I find a lot of news is just the same story everyday with a few more details than the day before. In the end then, I have to guess I wasn’t missing too much by only catching up on the weekends.

All in all, I’m glad I took the time to do this, and I’m going to keep it up. It was a good reset. I know that old habits die hard though, so I took it a step further and have since permanently moved my phone and charger across the room. Can’t reach it from bed at all anymore. I’d go even further and set my phone to blast Eye of the Tiger across the room at 7AM, but I’m afraid that could land my wife in prison for attempted murder. 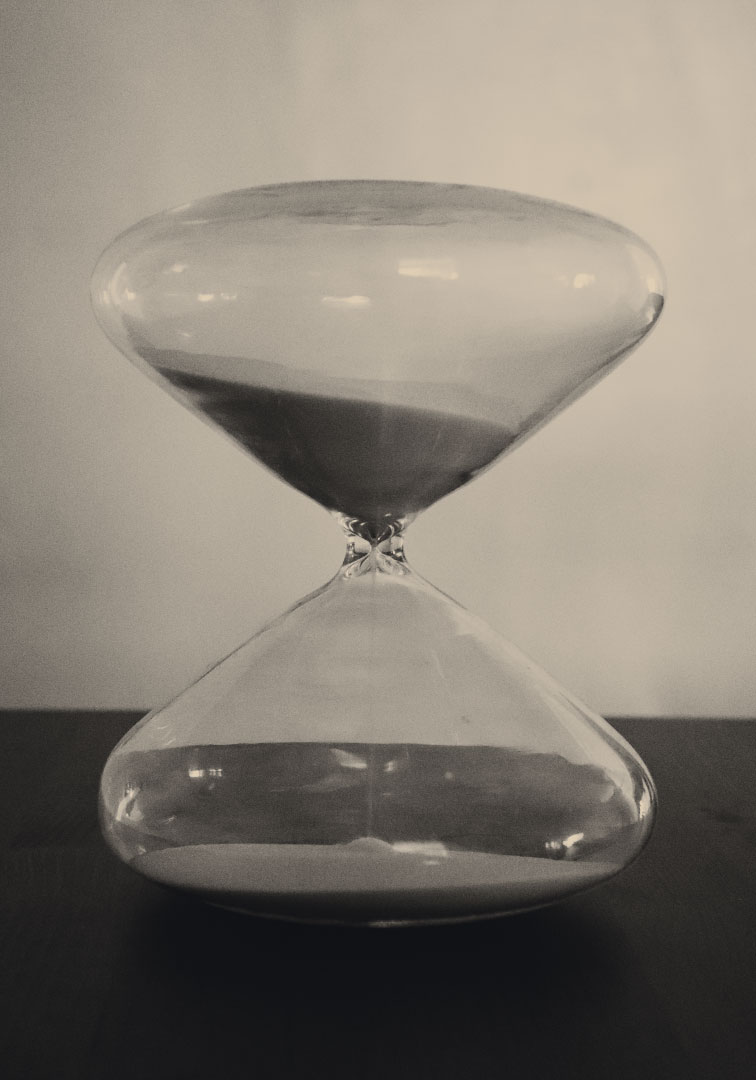 No computer, TV, or smartphone after 10pm. As simple as this challenge was on the surface, it was one of the toughest yet. Still saw it through, but the rules were bent a little.

Alexis likes to wind down and relax with some TV at night. If I was gonna be around her at all on weeknights, I was gonna be watching some TV after 10pm. Made sure I was only a spectator though. When she’d ask what we should watch, I’d only reply, “I have no say in this.” She was very quick to love the month’s challenge.

Other than that, I stuck to it. 10pm on the dot. Most nights I’d be right in the middle of working on the computer, frantically racing to get something just a little bit further before 9:59 flashed 10:00. It was a hard challenge because most nights, maybe every night, I just didn’t want to stop at 10. To sit and create something has been my hobby, profession, and passion for my entire life. A computer is my typewriter, drafting table, brush and paint, hammer and chisel, sound stage and camera, and on, and on, and on. It’s hard for me to step away from it. Always has been. When things start to connect creatively, I can forget to eat, rob myself of sleep, and neglect my relationships. Passion and addiction could probably be siblings.

I ended up spending my newly freed time reading, enjoying my wife’s company, putting thoughts to a page, and catching up on sleep. Stepping away from the screen wasn’t always what I wanted to do, but I think it’s what I needed to do. At the time I’m writing this, I finished the challenge almost two weeks ago, and I’m still generally keeping up with it. Not as strictly as I was, but that’s alright. As hard as I try to make everything be either black or white, I know nothing ever truly is. 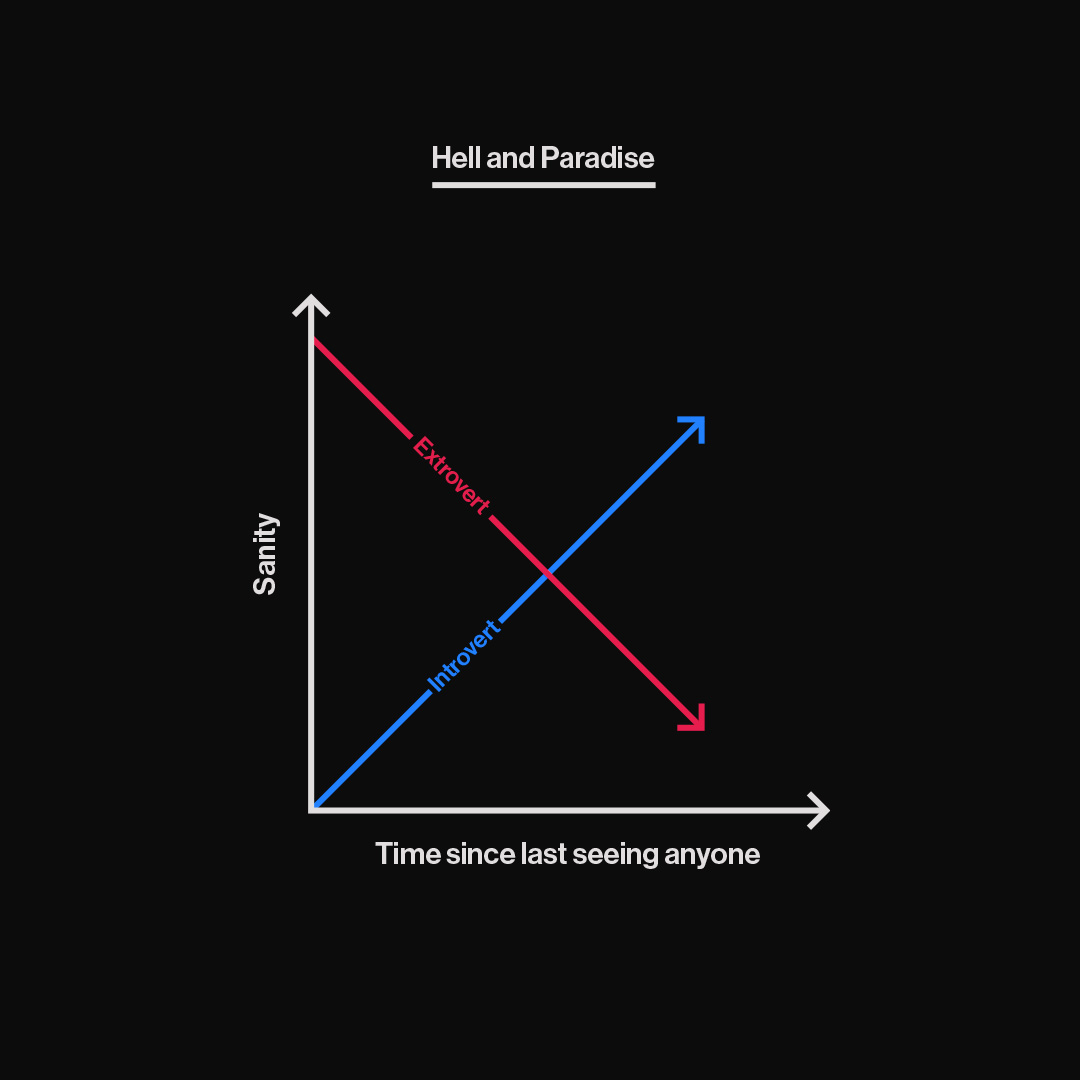 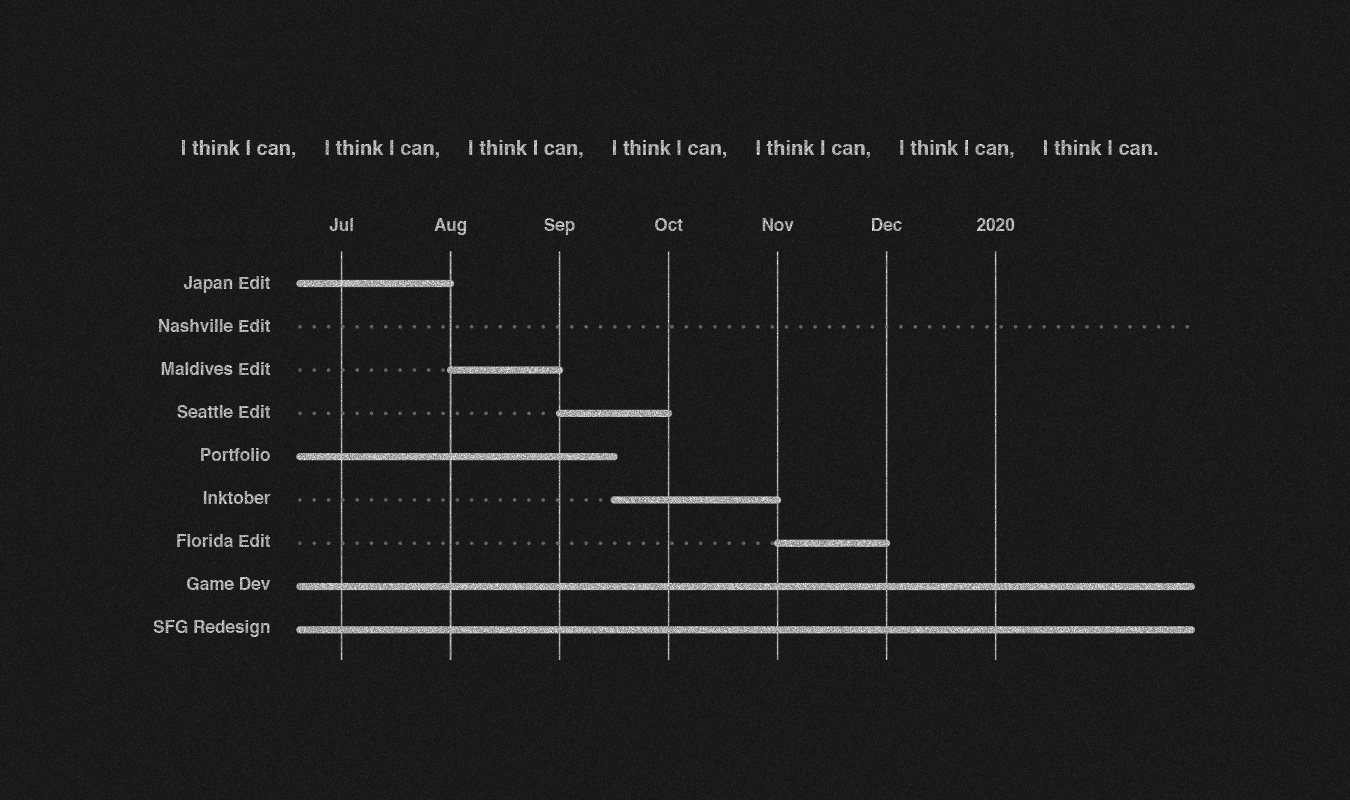 Self-imposed deadlines on self-initiated projects haven’t ever killed anyone, right? 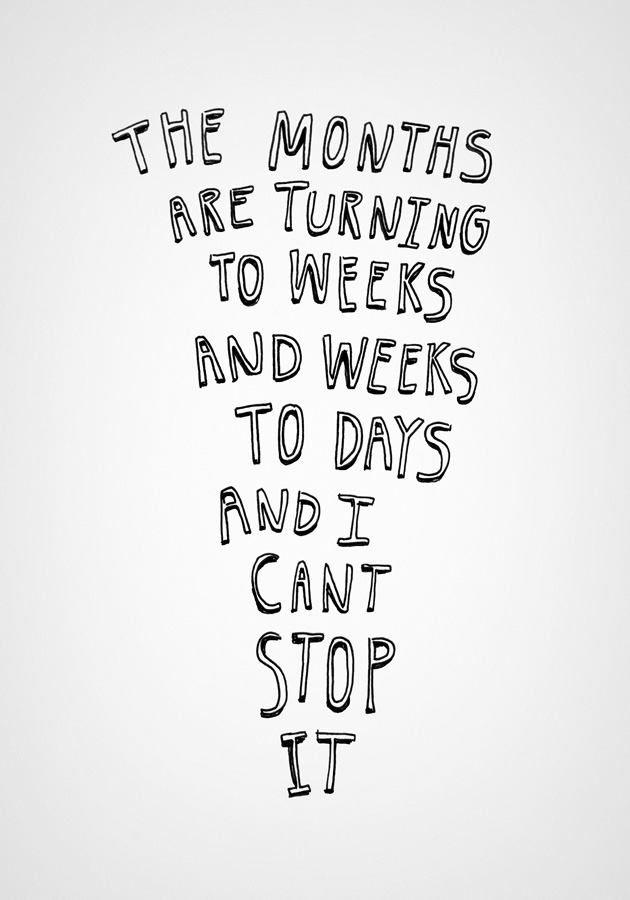 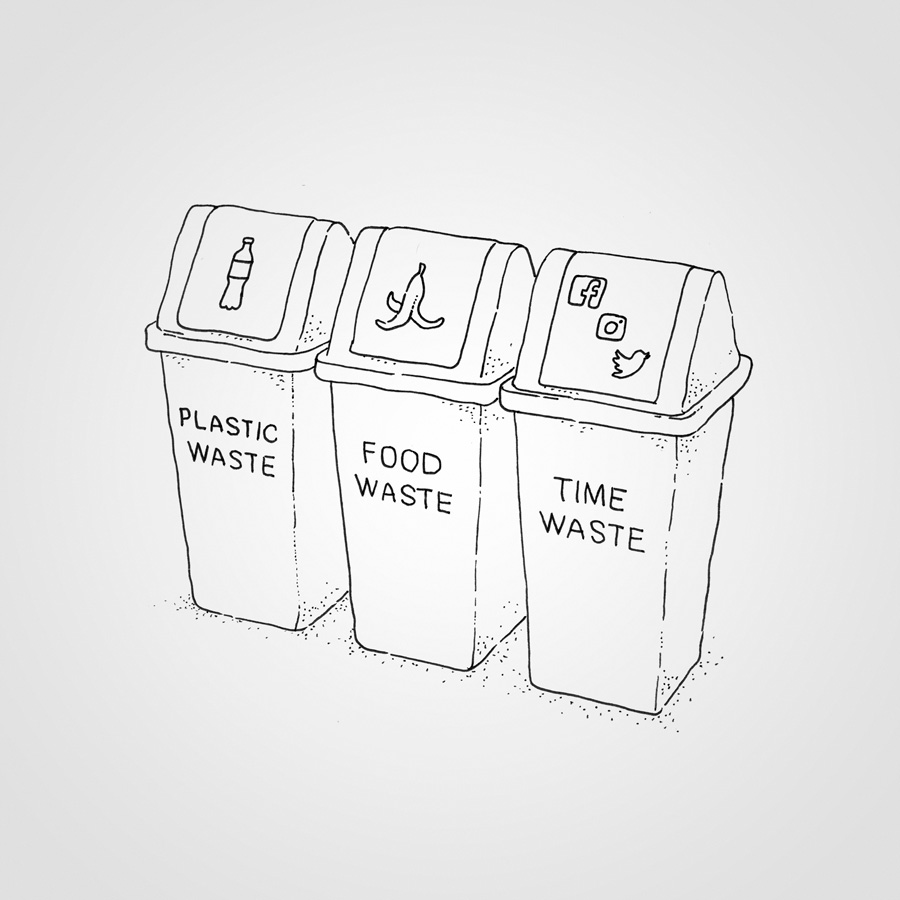 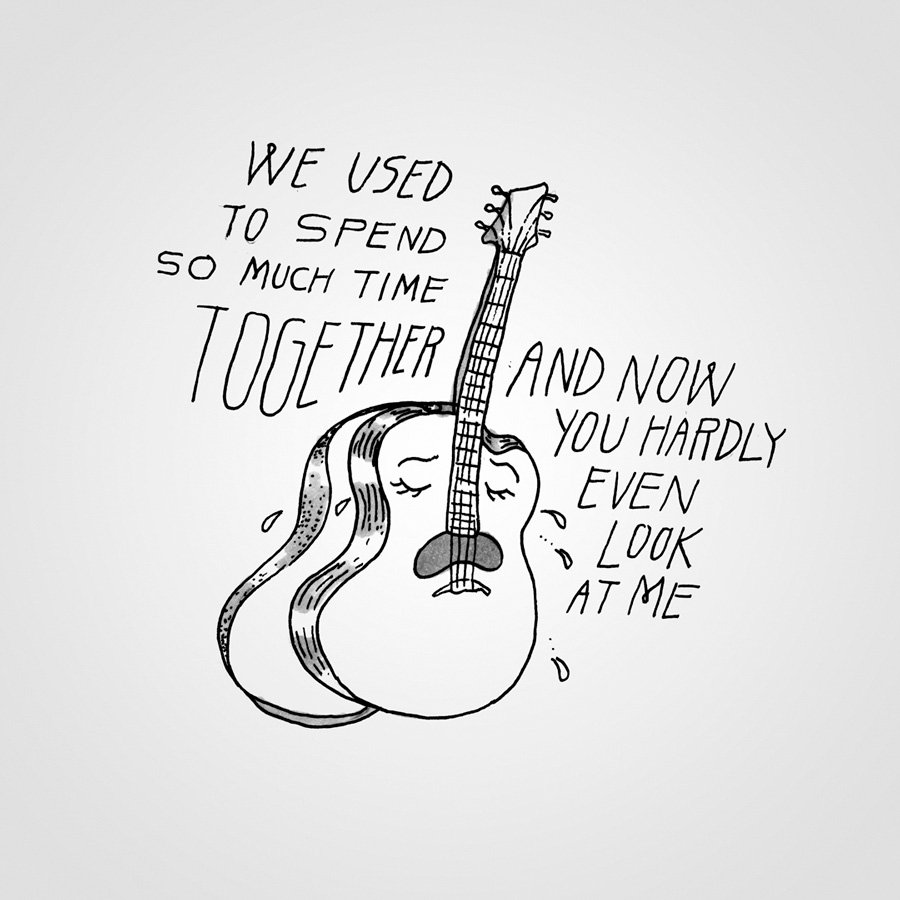 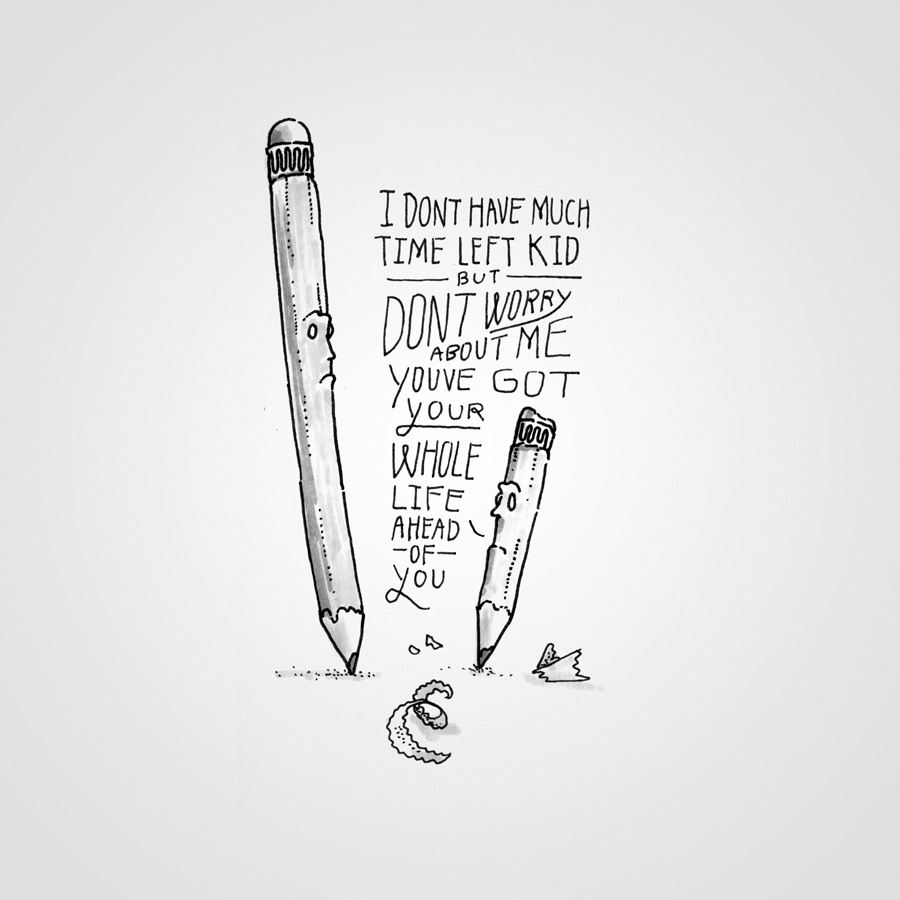 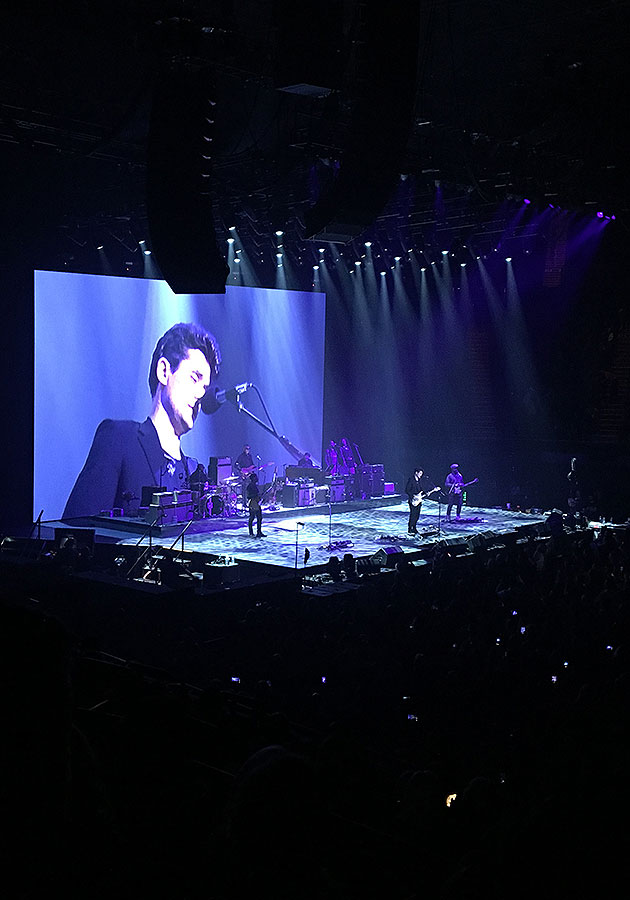 Ten years ago, I wrote the code and made the very first doodles for Six Foot Giraffe. It was done over two weeks on my college winter break, sitting in my old bedroom of my parents South Florida home.

Just like anyone else, I connect particular songs and albums to particular moments or periods of my time, and that specific period ten years ago connects to Continuum by John Mayer. The album was on loop as I worked through the day and night.

I’m the type that plays a song or album on repeat until I can hardly stand it anymore. The years have tested and proved Continuum to be one of my favorite albums. It was a funny feeling seeing him live a few weeks ago. I guess ten years ago, working in that bedroom and playing those songs on repeat, I wouldn’t have thought I’d hear them live, in California, next to my Fiancé, and later writing about it on Six Foot Giraffe.

Slow Dancing In A Burning Room by John Mayer. 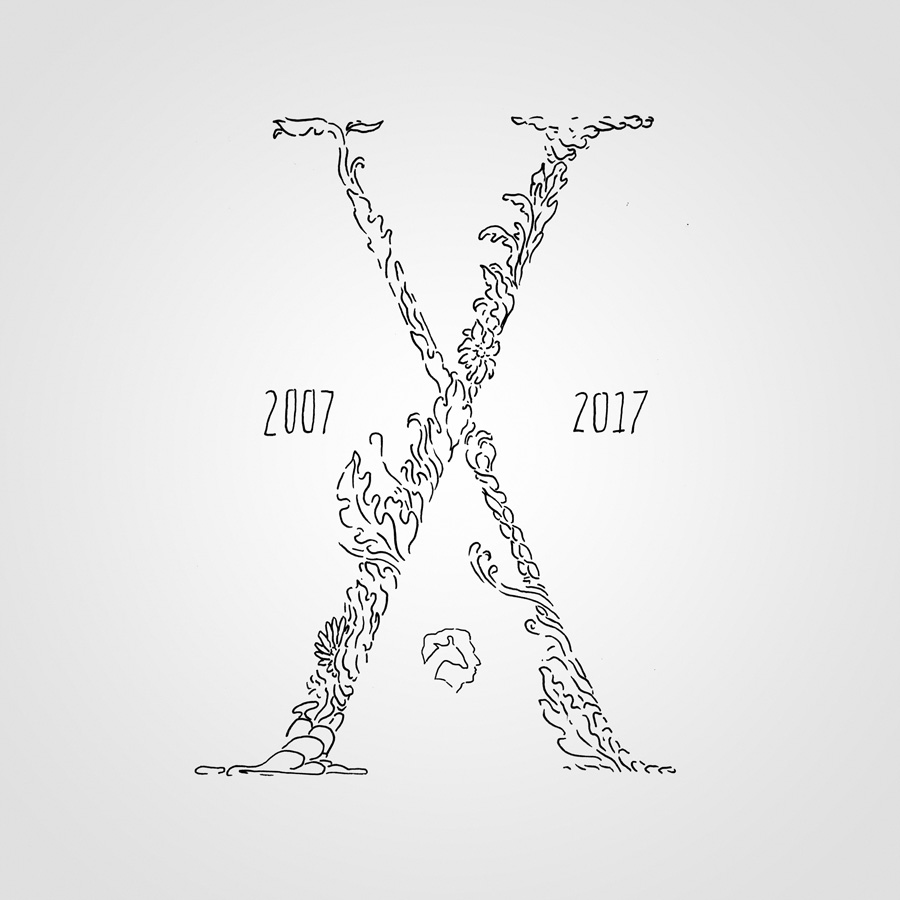 10 years ago on this day I made my first post on Six Foot Giraffe. A doodle of a giraffe standing on a rocket blasting off through the stars. A bit of low-hanging fruit symbolizing the launch of my student portfolio site. I was twenty years old, and had no idea or expectation that my little website and modest doodles would end up largely shaping the course of my life and identity.

The past 10 years of Six Foot Giraffe have largely been a chronicle of my twenties. My achievements, failures, adventures, loves, and losses. It’s all here. Some written out in plain english, and others requiring a bit of reading between the lines. Memories the years might have stolen from me had I never stopped to reflect and share.

It’s also been my main outlet to fulfill my thirst to create. A place to make good art, bad art, and everything in-between. Somewhere to satisfy curiosities. It’s been fun and luminating for me to see how I’ve grown and changed artistically over the years.

What I’ve been doing here over the past 10 years has brought me joy, clarity and on occasion even resonates with others enough to inspire. Looking ahead, I have no doubt that this space will continue to grow and evolve. In to what, I can’t say. I do know that I’m just as in love with making art as I’ve ever been. I know that I’ll never stop.

To those who have supported and encouraged me all along the way, thank you. So much. 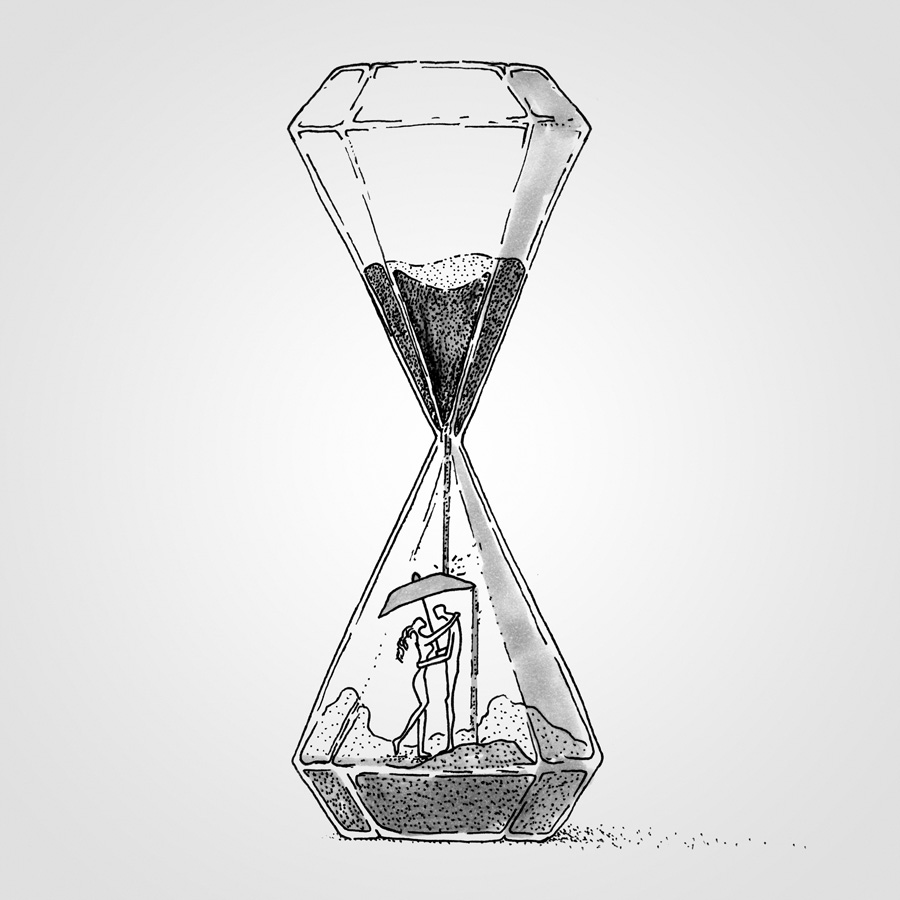 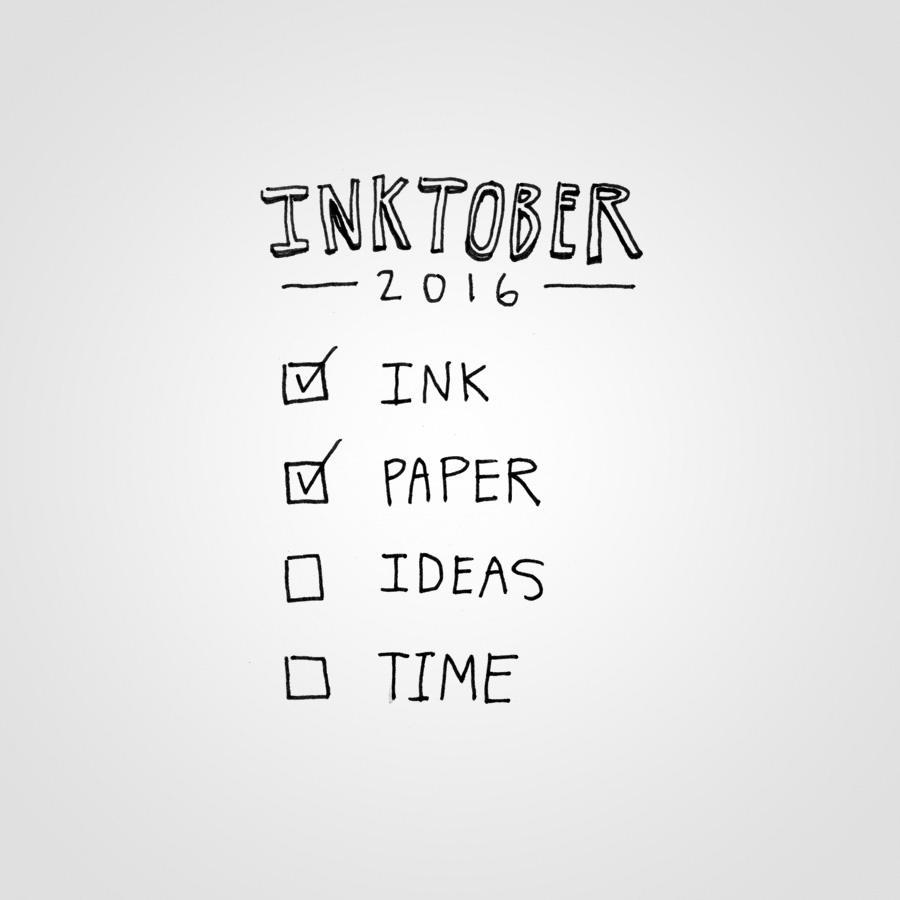 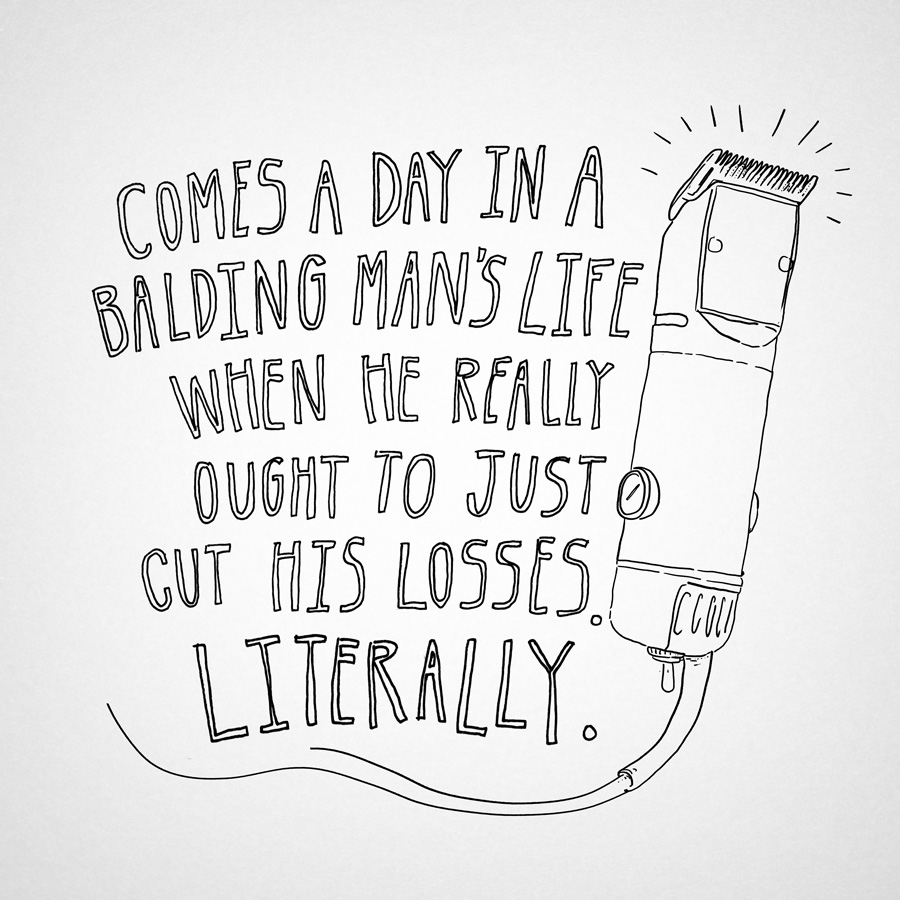 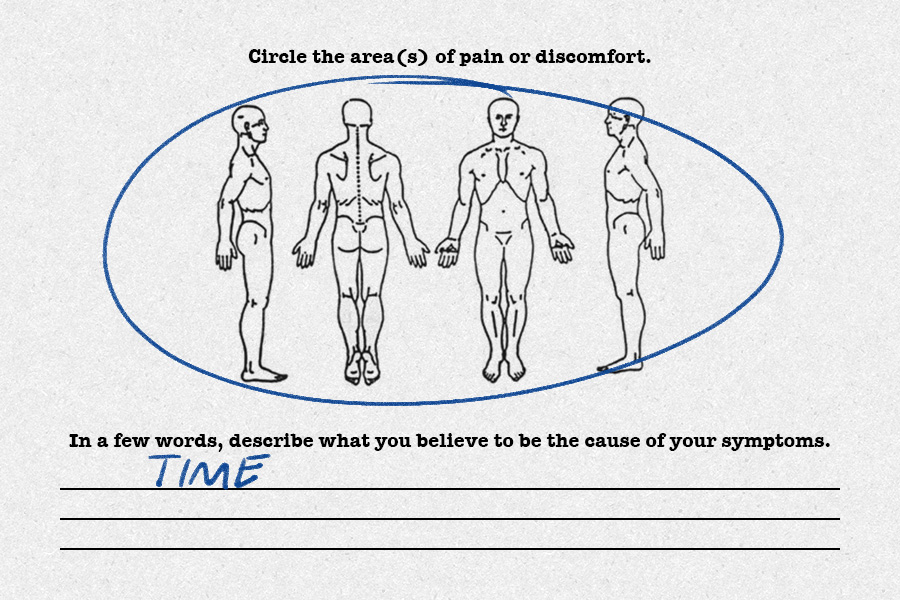 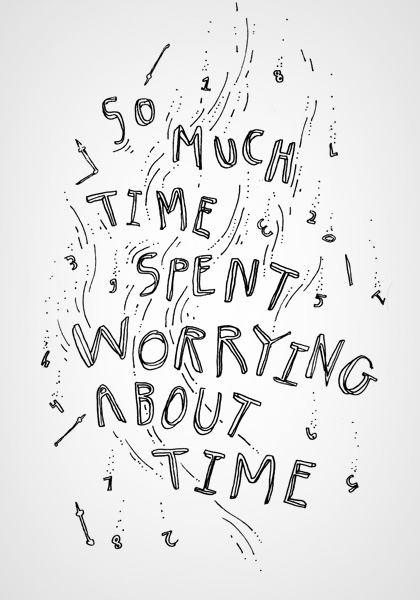 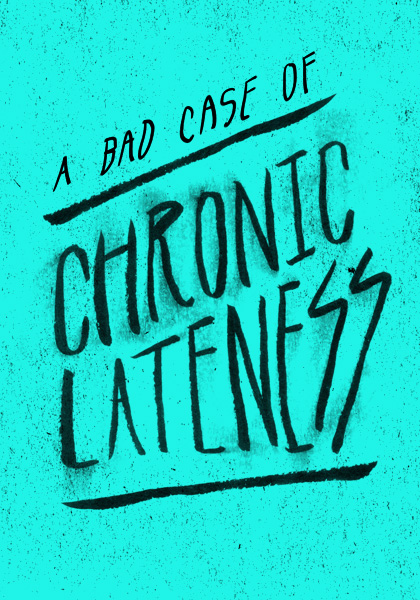 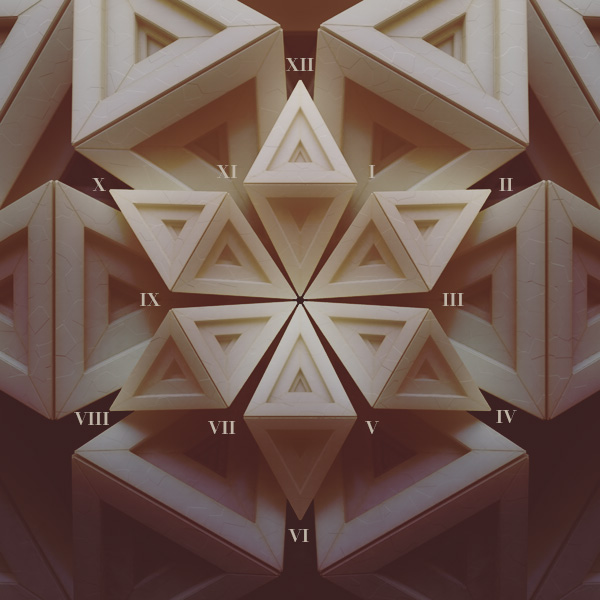 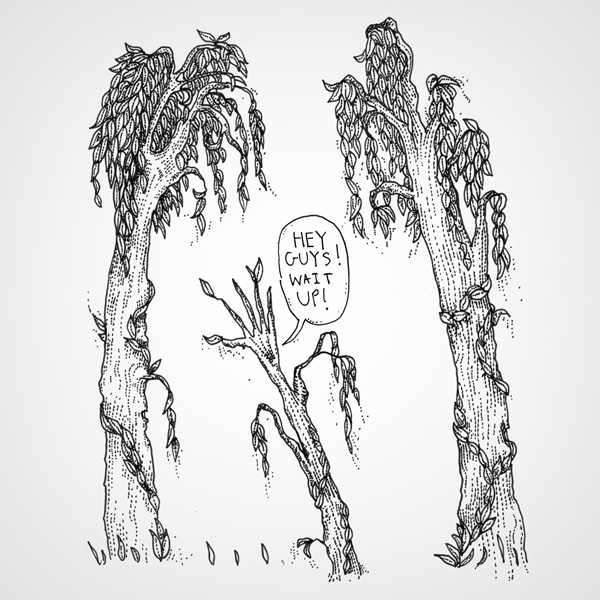